Cheers to BEing Abundantly Alive! 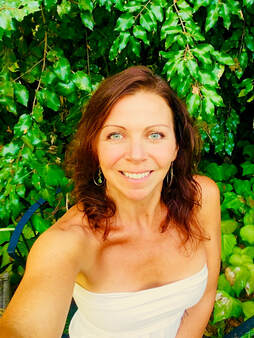 I am a teacher, healer, channel, gemstone herbalist and author.

I am passionate about empowering people to fully activate their own inner knowing and innate abilities. My goal is to support those on the path of love, light, and ascension to be the best and brightest version of themselves in this lifetime, as I believe this lifetime to be one of the most important and transformational times across the universe.

I have three degrees from Stanford University. My studies include neuropsychology, sociology, chemistry and physics. During my final months of what would become an unfinished Phd, I came to understand that I must embody everything I feel called to teach. At that time I had already practiced mediation and yoga for most of my life. But it was at that juncture that I fully committed my life and time to healing, and understanding the deeper truths of the universe.

I founded and I am the former owner of Be Yoga Palo Alto. This was the project that called me away from my Phd. My yoga studio was acquired by YogaWorks in 2014.

During my years as a yoga studio owner I found energy healing and was reintroduced to ancient esoteric practices and wisdom.. This literally felt like an more profound and deep "homecoming" as I had already been living and breathing these principles.  I can recall three times total, in this life that I have had such an experience... It literally feels like your past is being pulled through you into the present.. and all you need to do is watch that happen. That was the feeling of getting to Stanford in the first place, then the feeling of leaving that same space that was my penultimate to pursue my yoga dream, and now the feeling of seeing physics from the academic and esoteric sides. It's a beautiful time to be alive!